Every day, incidents and accidents could have been avoided. Air English School will help you with your English for a safer aviaton world. 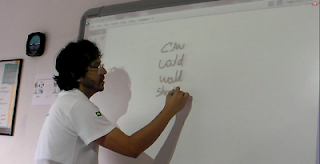 Two planes had a midair collision when a B737 and an Embraer Legacy cruising at 35,000 feet over South America met their ways, unfortunately in the air. The crew and passengers of the Embraer Legacy had no idea what they had hit. The B737, however, crashed killing all crew and passengers on board. That might have been lack of English proficiency from Brazilian controllers involved. We could also assume that human mistake might have played a significant role there if we consider the fact that the Legacy's transponder might have not sent signals properly at the time of the collision. "Air English School is definetely working hard to do its job and try to make aviation safer in terms of English proficiency", Rodrigo Farina, Air English School`s pedagogical director says. 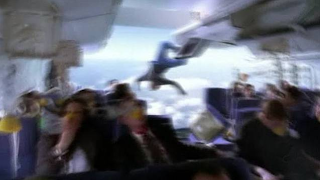 Someone on board has taken it...

Ice can build up on the wings of a plane like it did in 1997 when a plane trying to land at the Detroit airport lost speed and crashed, killing all 29 on board.
The problem might be a poor repair job. That was the case in 2005 when the right wing fell off of a Chalk's Ocean Airways flight just after takeoff from Miami. Two crew members and all 18 passengers died.
Companies on a low budget should be prioritizing different issues rather than making more money these days. Maybe if they considered their employees as well as their costumers` satisfaction in first place, money would consider theirs. How could an airline company let their employees be airborne, knowing that maintenance servicing is not up to date? God bless the airs!
And then there are the times when a pilot is just too exhausted to fly and has to do it anyway (their schedule is too tight). That is what investigators believe happened in 2004 when a Corporate Airlines plane crashed short of the runway in Kirksville, Mo. Meanwhile, in Brazil, big comanies have been sacrifying their pilots instead of learning with the past (or the present)!
The Federal Aviation Administration and others, assume pilot error as the leading cause of plane accidents, but an analysis of accident data by News21, a national university student reporting project, and the Washington-based Center for Public Integrity, a nonprofit investigative journalism organization, tells the world that the major causes of air accidents include ice buildup on aircraft, risks on runways, faulty aircraft maintenance and overtired pilots.
Let us not forget about priorities before flying, before any priority below fogets you:
- Flying fatigued
- Monitoring maitenance
- Investment in technology and airport infrastructure
- Weather precaution
And we will do our best to bless your English!
Postado por Air English School às 10/02/2010 11:58:00 AM