What does IPO mean? (Take a guess!)


It means Initial Public Offering and this is the time shareholders can make a move in the market and can buy shares from a particular company. 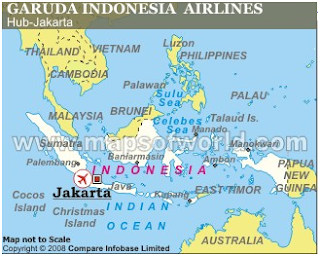 Fill in the blanks using the words from the blue box below after unscrambling them:


a)tioninfla b) PIO c) ressha d) OCE
Indonesia’s national airline Garuda is a turnaround story. With most turnarounds, there are many difficulties.

Garuda shares were priced at Rp750 per share (equivalent to 8 U.S. cents). Speaking of the IPO, there had been heavy criticism that the (2)_________ were overpriced compared to the price-to-earnings ratio of other airlines.

The market confirmed that. By the end of the day, Garuda shares finished 17% lower at Rp620 per share.

During the first hours of trade, CNN spoke with (3)_______ Emirsyah Satar who said, "I guess right now, as you know, the Indonesian index has gone down. There’s not much more that I can say, but that’s market forces."

It is true that the Jakarta Composite is down about 7% so far this year. Part of this slide is because of concerns over(4) _________ and the central bank's recent interest rate hike. Many investors believe the central bank waited too long to raise interest rates and may be vulnerable to coping with inflation, so they've pulled out of the market.

Satar says he believes the stock market will rebound in the next six months and hopes Garuda shares will do the same. In the meantime, Garuda plans to use the $350 million it has already raised in the IPO to expand its fleet to 153 aircraft by 2015.

International travelers who dread standing in long lines at passport control may be interested in one innovative service Garuda offers: immigration staff on some of its flight routes. Does this mean passengers can bypass those lines? Yes, and the news is going into effect soon.