This is just a part of what's recently happened around here during the Cultural Moment of 2011... 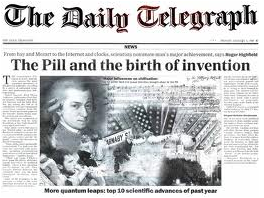 1) Fill in the blanks below with their corresponding beginnings:

________________________is that the sexual revolution in 1960's America was typified by a dramatic shift in traditional values related to sex, and sexuality. Sex became more socially acceptable outside the strict limits of heterosexual marriage.

____________________________a more affordable way to avoid pregnancy. Before the pill was introduced many women did not look for long term jobs. Before, the typical women would jump out of the job market when they got impregnated and would jump back in when their child was at a certain age. Getting out of pregnancy was too expensive and there were too many health risks involved. As part of the woman's quiet sexual revolution, pills gave women control over their future. With the ability to look for higher education without the thought of pregnancy, in a way, gave women more equality for education.

__________________________ helped to change these attitudes, and a birth control pill for women was first developed in 1951 partly due to Women's Rights campaigner Margaret Sanger who raised 150,000 to fund its development. The pill divorced contraception from the act of intercourse itself.

_______________________ with the invention of the pill, the women who took it received immediately a new freedom - the freedom to use their bodies as they saw fit, without having to worry about the stress of unwanted pregnancy.

_____________________ also announced the pill as a method of allowed women sexual liberation, and saw the popularity of the drug as just one signifier of the increasing desire for equality (sexual or otherwise) amongst American women. The pill and the sexual revolution was therefore an important part of the drive for sexual equality in the 1960s.

____________________, often referred to simply as Woodstock, took place during the weekend of August 15-18, 1969. It was the symbolic culmination of a decade of social reform and questioning authority. On a dairy farm in Bethel, New York, over a half million people showed up to enjoy the most popular musical performers of the era, including Janis Joplin, The Grateful Dead, Creedence Clearwater Revival, The Who, and Jimi Hendrix, among many many others. This also came to be known as the “Summer of Peace and Love” as many of the people there were “hippies,” or people that promoted the idea of sexual liberation and love for your fellow man. Even with that many people in one area, only three people died that weekend and they were all results of accidents.

And then some good old school...

3) Now, before listening to the song, try to fill in the blanks:

Help, you know I need someone, help!

But now these days are gone, I'm not so self assured

Won't you please, please, help me

But every now and then I feel so insecure


4) Listen to the song and check your answers:  http://www.youtube.com/watch?v=rouHL0HVy3Y