Secret for beauty had always been discovered, thanks Dr. Berry!

One of Amelia’s beauty lotion pot has possibly been found after decades of her disappearance. 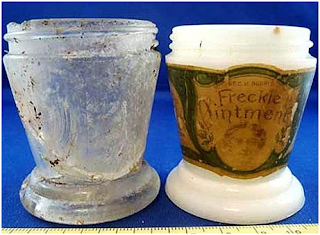 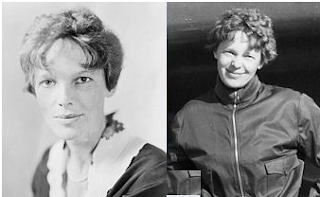 Amelia Mary Earhart was a noted American aviation pioneer, author and she used to have freckles (what made her weird in look). Earhart was the first woman to fly solo across the Atlantic Ocean and received awards for such achievement. She set many other records, wrote best-selling books about her flying experiences, was also a member of the National Woman’s Party and became more beautiful when she started using Dr C. H. Berry's Freckle Ointment .

The glass pot Freckle Ointment was found broken in five pieces on Nikumaroro Island in the Pacific Ocean, where according to some experts, Amelia Earhart lived as a castaway until her death after making an emergency landing. Archeologists said the jar resembling the ones used by Dr C. H. Berry's Freckle Ointment was discovered alongside other artifacts, among them shoes and glass bottles, in what looked like a campsite.

During an attempt to make a circumnavigational flight of the globe in 1937 in a Lockheed Model 10 Electra, Earhart disappeared over the central Pacific Ocean near Howland Island.
Postado por Air English School às 5/31/2012 12:30:00 PM